Donald Shoup is professor of urban planning at the University of California, Los Angeles (shoup@ucla.edu).

http://shoup.bol.ucla.edu/CruisingForParkingAccess.pdf
at 11:42 PM No comments:

No money for #freetransit? Arctic warming will cost USD 60Trillion 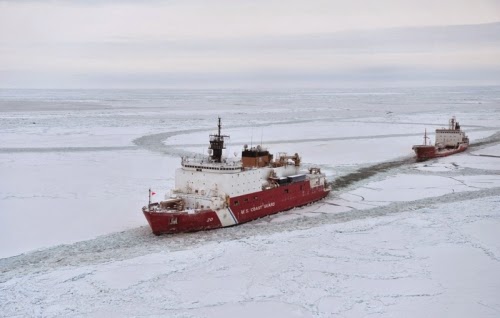 U.S. Coast Guard
Arctic Warming Could Cost Upwards of $60 Trillion | Climate Central: "The new study focuses on one potential impact of Arctic warming in particular — the release of methane gas, which is a potent global warming agent, from frozen deposits known as “methane hydrates,” located beneath the East Siberian Sea. Studies have projected that as the ocean temperatures warm in response to the loss of sea ice, some of the methane will be released into the atmosphere. Methane is a more potent, but shorter-acting, global warming gas when compared to carbon dioxide (CO2)."

Cost of #autosprawl, your life!

Planetizen : "The ten smartest growth counties have about a quarter of the per capita annual traffic fatality rates of the most sprawled counties. Yet, smart growth is usually advocated primarily for its infrastructure saving and environmental benefits, we fail to communicate its very large safety benefits."
at 5:03 PM No comments: